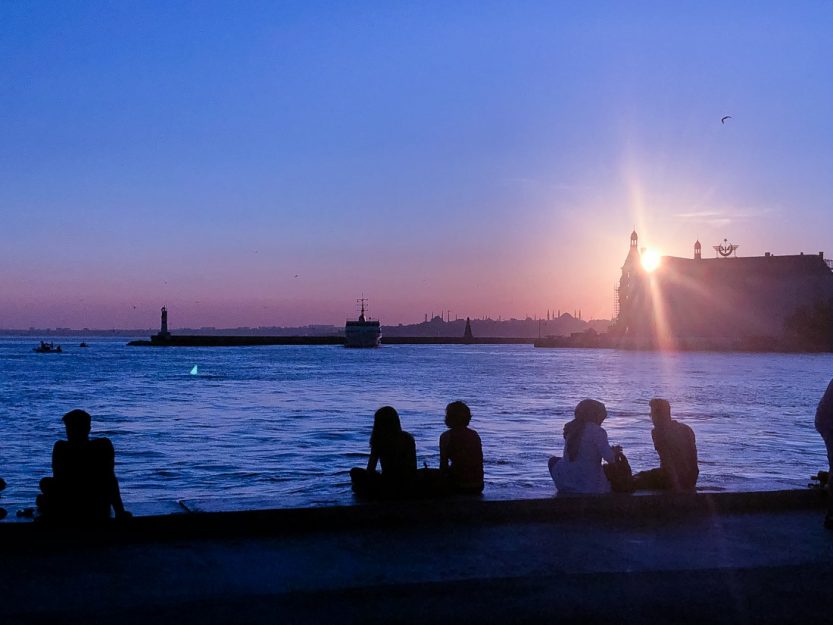 In late April, six months after my last trip to Turkey, I returned for talks in Ankara and in Izmir. Flying into Istanbul on a sunny afternoon, I was reminded of my previous arrivals. Before, I would time my arrival for the late afternoon, around 6-7 pm so that my friend, Gordon, could pick me up after leaving work. I would make it through customs and passport control, and meet him at International Arrivals. We would then go to the parking garage, and I would often glance at the city map showing the traffic pattern. It was almost always red, the streets choked with traffic, and I knew that our drive to to the Asian side of the city would be long. It was almost always at least two hours, once it was almost four.

But this time was different. Gordon and his family had moved back to Canada the summer before, and when they did, I felt that my ties that had held me to Turkey for more than a decade were starting to unravel. When I left in the July of 2017, I knew that my frequent trips for talks, for writing, for friends, were going to become infrequent. From 2005 to 2011, my visits to Turkey were about once a year, from 2011 to 2016, I visited about four times a year. I used to joke with my friends that I was there every six weeks. Since leaving in July, 2017, those visits have become about every six months.

I’ve told friends that I have about a decade long relationship with a place. I spent my 20’s traveling back and forth between Mexico and the US. My 30’s were spent  traveling back and forth between the US and Spain. In 2003, I spent 8 months living in Salamanca and Barcelona. In 2006, I lived in Madrid for about 8 month. Between those years, I visited many times, working, writing, taking photos. At one point, I considered moving permanently to Madrid. And then, about 10 years after I first started traveling frequently to Spain, I realized that my time there was done (I wrote about this on my former blog, here.) In 2005, a year before I turned 40, I visited Turkey for the first time. Eleven years later, in 2016, I turned 50 in Turkey. It was around then that I started thinking about this decade long relationship with place that I’ve had. I wondered if Turkey might change that. When I left Turkey, in July 2017, twelve years after my first visit, I wasn’t so sure.

Before, I always knew when I was going to return, there was a talk or a conference that I was invited to give or to participate, or I there was research for the book I’ve been working on to do. But this time, in late April 2018, I didn’t have anything planned for a subsequent trip. Maybe I would return in six months, maybe in six years. I wasn’t sure.

Originally, my visit was just going to be to Istanbul and to Izmir. It was going to be a short trip and I wanted to spend at least a couple of days writing. In the end, I added a trip to Ankara to do a talk, and to see friends there.

At the end of the whirlwind trip, I knew I wasn’t done with Turkey yet. I don’t know when I’ll return, but I’m looking forward to going back.