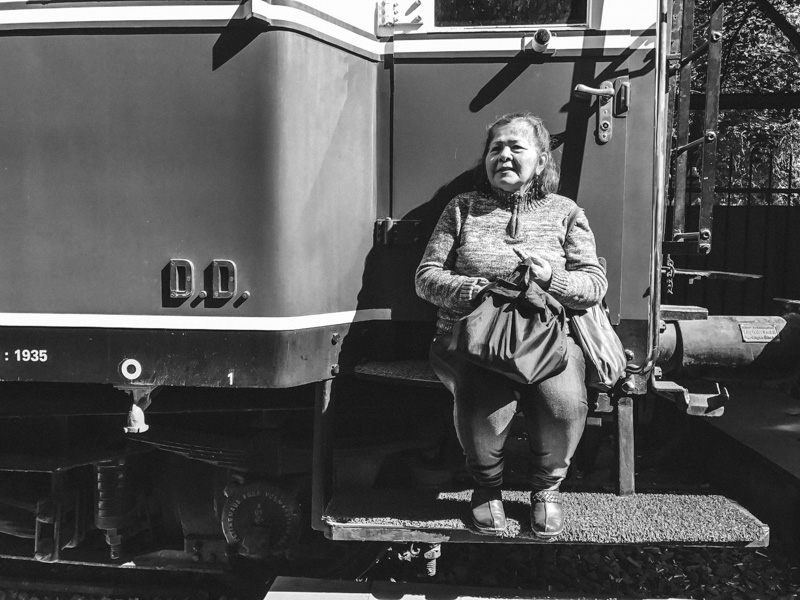 I’m sometimes asked what it’s like to have my mom live with me. [I guess the subtext is: at your age, living with your mother?] I always say it’s great. What’s not to like? Mom is super helpful in helping me raise Jasper, she’s fearless, she’s very independent (and feisty, and opinionated), she’s got great stories, and she’s an amazing cook.
Whenever we’ve been away for an extended period, I always let mom do her own thing, knowing that she’ll keep herself busy. A few summers ago, in our six weeks in Ecuador, she took control of the hostel where we were staying and within a week she had a group of señoras who would come around in the evenings for coffee with her. It was the same in the mercados, mom would wander around talking to the vendors, asking questions about how to prepare certain foods, and soon she was a known presence. One weekend, when Jasper and I traveled with our students to an indigenous festival in a village higher in the Andes, she went with some people to a nearby village to help sell stuff at a mercado.
But all of that was in Spanish. What would happen in Turkey, where she doesn’t know the language?
I wasn’t worried. And I was right. Soon mom was going off to market across the street to buy groceries where she would engage in conversations with the butcher, the young women tending the registers, and the fruit and bread seller. In the evenings, she would tell me how her day went.
“How do you know what they’re saying?” I asked her once after hearing her tell me about a particularly detailed conversation with the butcher.
“I don’t know everything. But I imagine that’s what he was asking me. So  I responded to that.”
In Cappadocia, we took a tour of some of the sites. Part of it included a short hike along the Ihlara Valley. Knowing mom couldn’t do it (especially the beginning which involved going down more than 300 stairs into the valley) she stayed with the tour driver and met us in the village at the end of the hike. When we got there, we found my mom surrounded by village women.
“What’s up?” I asked her, when we joined the group.
“They’re trying to marry me to a local man.” She responded.
“And?”
“I told them they would have to ask my son.”
Apparently the man had already gone out to meet her. He owned a restaurant in the village.
“Imagine, you could start cooking a blend of Turkish and Mexican food, Turco-Mex.” I told her.
“Of course!” Was her reply.
After that, I started calling mom la Mexi-Turca.
She read Andrew Mango’s biography of Atatürk and loved it. Ask her about him, and she’ll go off on her admiration of what he did for Turkey. In her cooking, she adapted local items into Mexican food, lavaş make great flour tortillas, menemen could be huevos a la mexicana, gözleme were better than quesadillas. As a fairly religious woman, she showed great respect for Islam and during the long Anatolian winter, she considered buying a coat like one of the ones used by covered women in Konya. We also visited a number of Christian sites: the house of the Virgin Mary outside Efes, the church of St Nicholas in Demre, the birthplace of St. Nicholas in Patara, and a number of churches. She swam in the cold Aegean, and the warm waters of the Mediterranean. As the months progressed, our apartment in Ankara filled up with stuff from our trips around the country: a rock lamp from Cappadocia, tablecloths, scarves from Konya, decorative plates and kitchen magnets from all our travels.
Sometimes I would point out that eventually we were going to have to return.
I know. She said, but I want to take Turkey with me.
There was a time around the beginning of the El Manitas presidency when she would often ask me, Can we stay? I’ll apply for refugee status.
Unfortunately, our life in Turkey had to come to an end and we had to start thinking about the return to our life in New Mexico.
The packing was tedious, and mom spent weeks fussing. What to leave. What to take. She bought more luggage. She shipped some stuff through the mail. But she still ended up with about 10 overstuffed bags for Jasper and her. I was surprised, it was only twice the number of bags they brought with them.
Knowing that it was impossible to find a taxi that could carry all that stuff and us, I rented a large car for a day. I should’ve looked for a moving van. But I was able to get it all in and off to the airport we went.
They flew out early this morning. From Ankara they flew to Munich. From Munich to Washington DC, from there to Dallas to my sister’s place. As I write this, they are flying somewhere over the Atlantic.
Every evening after dinner, mom always tells stories about her life. She remembers trips in her childhood, travels with us when we were children and she was a young mother, trips that she took with Jasper and me. She talks about our family, growing up in Mexicali, visiting relatives. This is our after dinner ritual, remembering. It has been our ritual since mom came to live with us seven years ago. I suppose that once we get settled in our new home in Albuquerque that this ritual will continue. Only now the stories will also include our life in Turkey and her life as a Mexi-Turca.
I can’t wait.